My previous post, “Which Bird is That?”  has born fruit.

The prize for most imagination goes to Mary, of a A Wondering Minstrel I. Mary was a little concerned I wouldn’t see the humour in her suggestion based on the birds’ poses, little knowing that way of seeing the world through a different lens is right up my alley 🙂

The prize for most supportive goes to Derrick, of DerrickJKnight , who confirmed they looked like the herring gull he sees in England.

Out of left field, from a Facebook comment, was another Derek. This guy was a high-school colleague. He always was smarter than me. His suggestion was a juvenile kelp gull (Larus dominicanus).

And another Facebook friend suggested a miniature throwback to a dodo. She gets the prize for knowing I think “quirky”.

And then another regular, John, of Paol Soren weighed in with “Juvenile Pacific Gull or Kelp Gull.”

Judging by the photos I found on the internet, my strangers on the shore were indeed Kelp Gulls (but maybe they are Pacific Gulls 🙂 ).

I have to deduct a point from John for hedging his bets. But he does regain it by adding “The adults will be quite large and white with black wings,” then he loses another half point by hedging a second time with, “If it was down this way I’d say a Pacific Gull.” 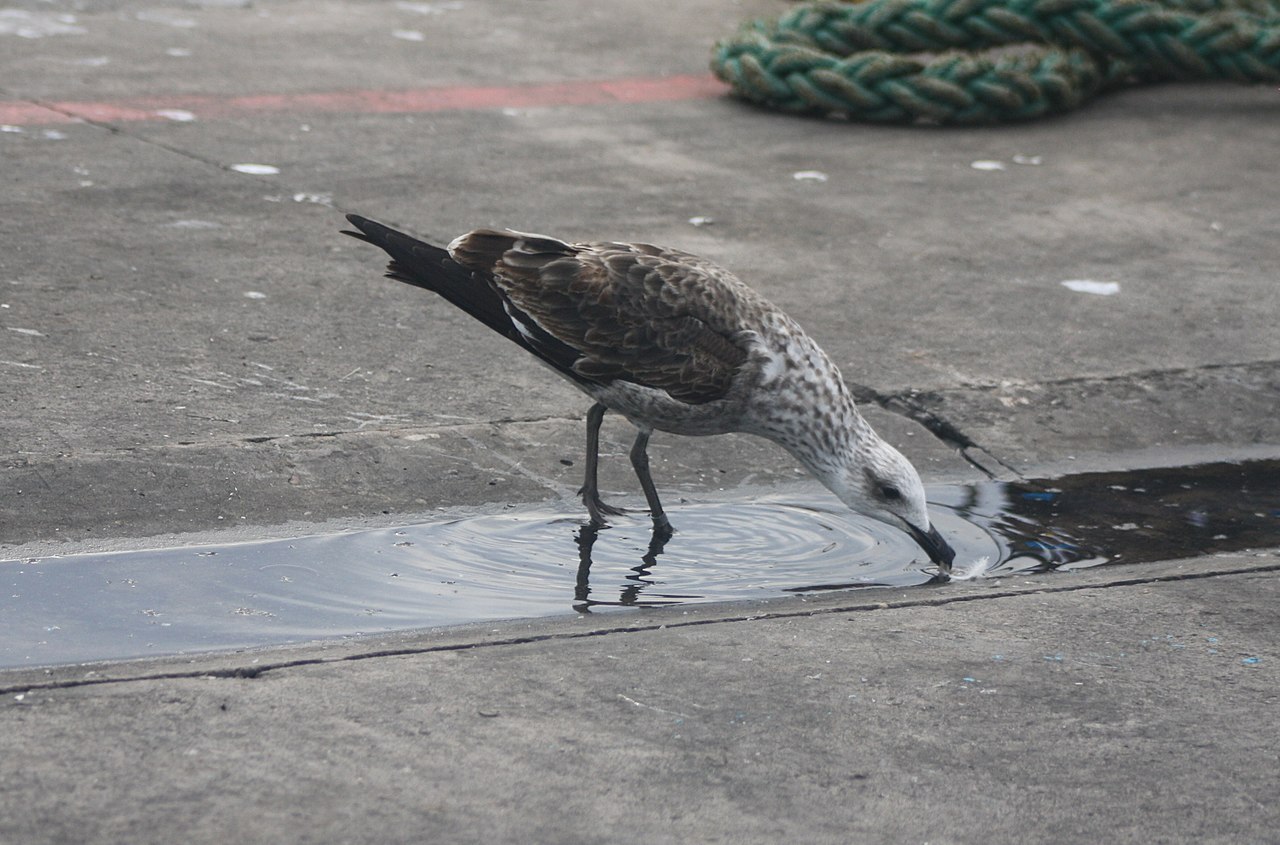 There is more information and (copyrighted) images of juveniles and adult Kelp Gulls on mdahlem.net and OzAnimals.com.