At sunset on Thursday 23rd April, 2020 we witnessed a moment in history as the Ruby Princess departed Port Kembla (Wollongong NSW).

It was tugged to the harbour entrance under escort of water cannon, the traditional symbol of maritime respect. We were a moment too slow with the camera shutter.

As she sailed into open water, the banner created by the crew was clearly visible on the stern. “Thank You Illawarra“, it read. (Illawarra is the regional name for Wollongong and this part of the coastline).

It’s a sorry saga that started at about the time we started on our recent road trip. The Ruby Princess departed Sydney on March 8 bound for New Zealand. When the ship reached Napier on March 15, the captain announced that the rest of the itinerary would be scrapped and the ship would return to Sydney immediately. On the 19th March, 2700 guests were allowed to disembark and return to their respective homes.

On our road trip, we watched from a distance and wondered about the wisdom of returning to our own home in Wollongong. Many of our neighbours are keen cruisers, and we had no way of knowing whether any of them had been on that ship. The vessel is so far linked to 21 of our 78 deaths recorded Australia-wide, and that is before considering who travelled to overseas countries. The circumstances behind the disembarkation are now the subject of a police enquiry.

In the “old days” – I mean, the really, really “old days”, a vessel with fever on board had to fly the Yellow Jackie, and it was directed to a secluded cove, or the quarantine station at North Head. It was probably a bureaucratic nightmare, but looking back from the prism of a long time, it all seems straightforward and simple.

Now the enquiry has to consider who was responsible for making the call (I prefer to think of it as an “error of judgement”): NSW State Government, NSW Health, Border Force, the Captain, the ship’s head doctor, the CEO of Carnival Lines, etc, etc, etc. I may have left some out. The poor Harbour Master, whose opinion once would have been the only one that mattered, seems to be way down the pecking order on this one.

It reminds me of the management training exercise #101: 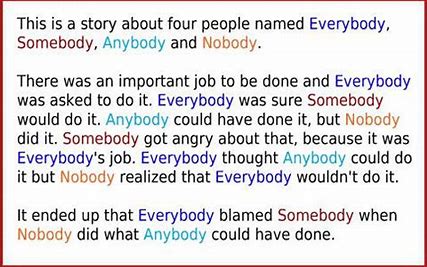 But let’s turn our attention to the crew. On cruise vessels of this size, they typically number 1000, and they are typically recruited from countries where the modest wage they are paid, is large in comparison to what they could earn at home.

And they have been stuck on this troubled ship for more than a month.

The Ruby Princess slipped into our harbour, Port Kembla, in the early hours of 5th April (2020). Port Kembla is an industrial port with a long maritime union history, and lobbying led to all crew being tested for Coronavirus, with predicable results.

Some of the crew are now in hospital, others are in isolation in hotels. Others, lucky ones from countries with better resources, were flown home a couple of days ago.

That still leaves many hundreds on board, on what is effectively a floating petrie dish. As far as I understand, their first destination is Manila, eta 8th May 2020. Quite apart from the fact that the Philippines has over 7,000 islands, not all those on board are Philippine nationals. It is not clear what the future step is for them.

Please let us all spare a thought for the safety and well-being for the crew in what must be a terrifyingly anxious situation for them and their families.

People watched the departure from many vantage points

As the Ruby Princess sailed away under a pink-tinged sunset sky, many of the crew stood on (the former guest-room) balconies and waved good-bye.

And amidst all this, it’s business as usual. An incoming tanker passes the departing Ruby Princess, outside the entrance to Port Kembla Harbour.