Australians have coped with extended drought, water restrictions, unprecedented bush fires, flooding rains, and the threat of cyclones, but the thing that has brought them undone is the fear of running out of toilet paper during the Corona Virus crisis.

Social media is running riot. Photos of empty supermarket shelves and jokes abound. Bill even took a photo of our local supermarket this morning, just to prove to me it is true (but I can’t get the photo off his phone to include on this post).

I’ve read various high-brow academic reasons for this panic buying, but really, I don’t think any sane person can explain it. Clearly it is a first-world problem, and I think the root cause is that telephone books are now on the internet and not printed on paper. Cut up phone books served the purpose perfectly well in my childhood. Of course, we didn’t have sewerage either, so the paper did not need to flush down the loo. Minor difference.  Sydney Water has even posted notices reminding people that “Items such as tissues, kitchen roll, newspaper and wet wipes don’t break down within our systems, and can lead to blockages.”

So Bill and I have risen above the pandemonium and headed off on our latest road trip. We’ve abdicated our responsibility to join the rush to stock-up, and passed that on to the owners of the motels at which we will stay en-route.

Today, Day One, was only a positioning drive for the exploration that is, to come. Heading west from our home in Wollongong, we joined the M31, the main highway which runs from Sydney to Melbourne, following a section of the brown route on this map below.  The traditional name for the M31 is the Hume Highway,  named after Australian explorer Hamilton Hume (1797-1873) who in 1824 pioneered the route with fellow explorer William Hovell.

Of the towns marked on the below map, we drove the section from Mittagong to Albury/Wodonga, skirting Canberra, which requires a turn-off the M31.

Our destination is Ballarat, which is about halfway between Bendigo and Geelong on the above map. Rather than drive straight through, we have overnighted at Albury, which is on the New South Wales side of the border created by the Murray River. It is twinned with Wodonga, which is on the Victorian side of the river.

Since it was late morning when we got away, we were ready for lunch by the time we reached Goulburn. This regional town was one of the first inland settlements and for a long time before the gold rush was the extent of European settlement in colonial times. It is still an important pastoral area, as boasted by the “Big Merino” which greets visitors as they enter town.

In the main street, we stumbled across the Paragon Cafe, which dates back to the 1940s and was quite possibly first established by Greek immigrants, as it is typical of the Art Deco, American-style cafes they introduced to Australia. Inside the large space, there were booths as well as tables, gilded panels of mirrors, high ceilings, and pendant lights; and a long mahogany bar. It was very busy and seemed popular with locals, as well as others passing through like us. The menu was extensive and servings large. The tastes were pleasant but not outstanding. I had a giggle over my savoury crepe. They used the same batter as for the dessert crepes, and the sweetness was not the right match with chicken and asparagus. The TV chef, Gordon Ramsay, would have something to say about that. A nice touch though, was they offer a separate menu for gluten free, which made it simpler for Bill to choose. Anyway, the Paragon Cafe in Goulburn is a quaint nostalgic visit for coffee and cake, or basic home-style, cafe comfort food.

Without stopping, the drive should have taken us around 5.5 hours, but lunch, and a later toilet stop further down the highway, added an hour to that. At the comfort break we fell into conversation with a lady with two lovely white dogs. One was a Shih Tzu cross, but the other turned out to be a breed I hadn’t seen before, an Irish Wheaten Terrier. Hers was even whiter than in the below photo. 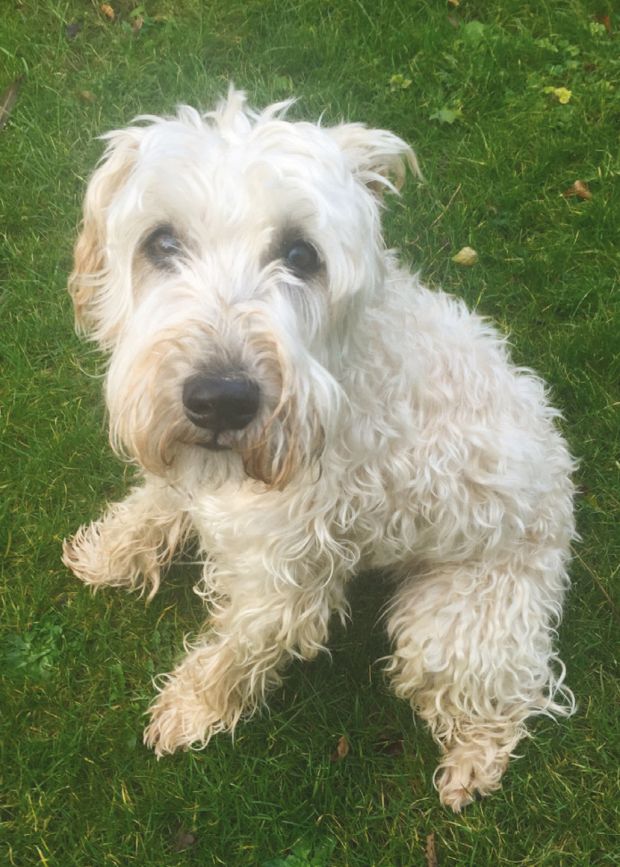 That’s all for today. A bit low key, but I expect there will be plenty more to write about in the coming weeks as we wind our way through three Australian states.

Copyright © Gwen Wilson and The Reluctant Retiree - Garrulous Gwendoline, 2013 - Present. Unauthorised use and/or duplication of this material without express and written permission from this blog’s author and/or owner is strictly prohibited. Excerpts and links may be used, provided that full and clear credit is given to The Reluctant Retiree - Garrulous Gwendoline or Gwen Wilson with appropriate and specific direction to the original content.
Loading Comments...
Comment
×
<span>%d</span> bloggers like this: