There was a time when Australia’s economy “rode the sheep’s back”. 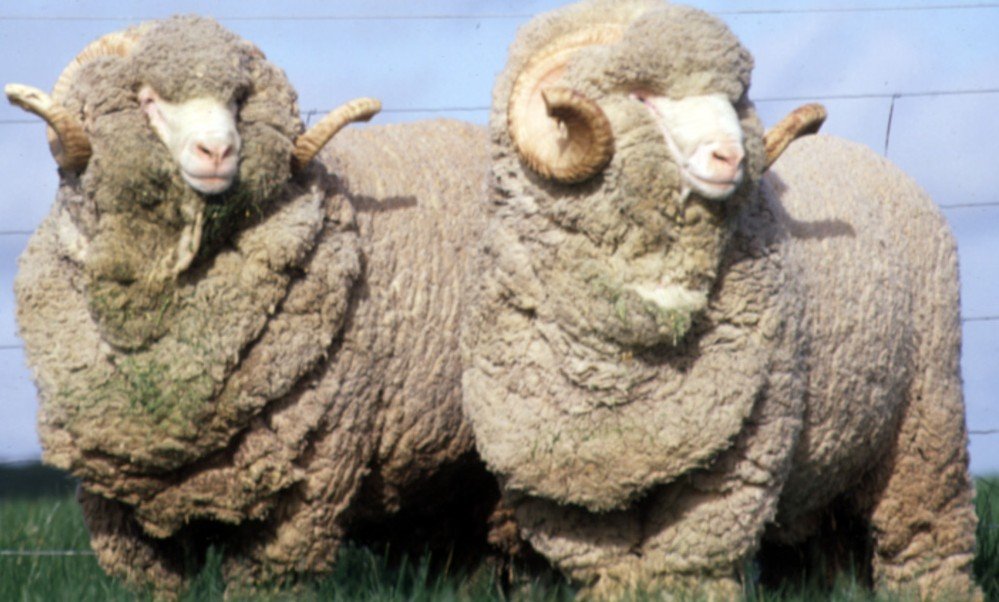 The selective breeding of Merino ewes resulted in sheep that adapted well to the arid interior of Australia and produced wool that appealed to the mills of England.

This post, about wool, has been inspired by Paol Soren’s recent story titled “The Sale”. Without his encouragement I would never have thought to have written it. He feels my time in the wool industry is an experience worth sharing . . . I hope some of you agree . . . so here goes.

It has been many decades since England was the main customer for Australian merino wool. These days, the major markets are China – which bought $2.417 billion in 2015/16 – followed by India ($216 million) and Italy ($160 million). Other players include Thailand, Malaysia, and the Czech Republic (!).

It’s strange to reminisce that when I first started my shipping career in the early 70s China wasn’t even a market, but by the mid-1990s I was working for a wool trader who specialised in selling wool tops to China.

* Wool Tops – The greasy wool has been scoured (washed), combed and sorted to the point where it is ready for spinning.

In order to export wool anywhere, step one is “shear your sheep”. This requires such a range of people that even backpackers are working in the woolshed these days. But I won’t go into detail about the process or this post will be too long. You can get the idea from this song with accompanying video. (Rolf Harris’ diction and explanation is excellent, hope those of you who realise his reputation is no longer as excellent will forgive my use of it).

The fleece is baled at the shed, using a wool press as illustrated in Paol’s post. Sometimes, those bales are already destined for a buyer. In the video you can see some marked for Bradford Mills (must be an old video 🙂 🙂 ).

Usually though, the bales are stencilled with the wool grower’s mark and transported to a capital city where they are put into the hands of a wool broker. The broker either direct sells them, or, more commonly, puts them up for auction. Over 85% of the annual clip is sold through an “open cry” auction.

Before being listed in the auction catalogue, the bale is “cored”. A cylindrical instrument is pushed deep into the bale to withdraw a sample which is then tested the certify the “yield, fibre diameter, vegetable matter content, staple length and staple strength”.

Much to my disappointment, I was never invited to accompany my employer to the auctions. Which is perhaps just as well, because by nature traders are risk takers. I frequently had to draw up contracts for sale when we hadn’t even purchased the wool. Had I been by my boss’ side I would have been too anxious about whether we would be the successful bidder – or indeed, even whether the correct specification of wool was available at that sale!

If the trader had done the “right” thing and purchased bales before he had a buyer they would be sent into storage for me to stock control. This could be all around Australia depending on where the auction had taken place. Transport-in, storage, then transport-out add cost, which is one of the reasons for my boss taking a calculated risk and selling before buying.

Once sold, the bales were shipped to destination in containers. Bales are big and bulky and consume lots of expensive freight space, so this is where the wool dump comes in.

Wool Dumping: “The process of compressing two bales (double dump) or three bales (tri-pack) of greasy wool into the approximate size of one bale and restraining them with steel bands for shipping/transport.” (Source: AWTA Ltd).

I frequently visited the wool dump near Sydney, and that is where Paol Soren’s post sent my memory neurons into over-drive. How well I remember the “twang” that precedes the dumped bales about to blow its steel straps. Decapitation material. A dump press at one of AWH’s storage centres with tri-packed bales in foreground (Picture: AWH Pty Ltd)

Note the danger sign in the above photo. This photo comes from a 2015 magazine article. “My” wool dump of twenty years before used equipment that was nowhere near as flash.

From the point of purchase at auction until payment was received from the buyer, the wool was under my control. The dumped wool was packed into containers, transferred to the wharf and onto the ship. All sales were contracted under a Letter of Credit, an ancient process of bank-guaranteed payment subject to everything being tickety-boo, mostly the paperwork at this stage. It was a nit-picking process – even a misplaced comma could incite delays from a buyer who was trying to squirm out of his contract. Anyway, I won’t bore you with all that!

One of my responsibilities was to negotiate the shipping freight rates and so I was very interested to read the above-mentioned article. It is copyright protected, so I will include the full reference at the end of this blog, to ensure I don’t breach it.

The article is exploring the effect that China’s trade imbalance is having on freight rates from Australia to China. More shipments are coming in to Australia than are going out. This means the empty containers stockpile in Australia when they are needed in China. Having subsequently worked for a Japanese shipping line and being responsible for container control (as well as several other departments 🙂 ) I am well acquainted with the problem.

So if you had to make a choice between shipping empty containers at your own expense, or dropping the freight rate – which decision do you think shipping companies will make? Well, it’s not always that straightforward, because shipping lines are usually part of a consortium, and all must agree. There are also other reasons you wouldn’t drop your freight sales price too low, but it seems that in some cases the rate is now so low that from the exporter’s perspective it is cost-effective to skip the dumping process (which costs them) and load the bales in “as-is” condition, even if that means more containers are required.

Which takes me back to the early 80s when I was working for a bathroom-ware manufacturer. Sea-freight rates between Australia and New Zealand were maintained at an artificially high price by a right of operation, called cabotage, which prevented competition. Meanwhile, airfreight rates were dropping to an incredibly low rate. It became cheaper for us to airfreight plastic cisterns rather than pack them in shipping containers. We were flying them over by several semi-trailer loads at a time (not sending the truck of course LOL).

Pan-American Cargo was still flying then, using the all-cargo 747 with the nose cone which would swing open for the freight to be loaded straight in. On one occasion my shipment needed a good portion of the space, as plastic cisterns are light but bulky. Co-incidentally, another exporter was consigning ping-pong balls. When the Pan-Am despatchers calculated payload and saw how little fuel was required, they thought one of us had made a mistake. The phones ran hot all afternoon checking and re-checking our weights and measures until they were fully satisfied with their calculations. Airfreight exporters are charged by weight or volume, whichever is the greater, using a calculation of 167kg to the cubic metre. So we two exporters paid volumetric weight, and PanAm took on much less fuel than usual – so I think their balance sheet had a nice leg-up that day. Unfortunately, not enough of those days to keep them in business.

I’d love to include a photo of the plane, but again, I’m not sure about copyright. This is a link if you are interested.

It was a gorgeous plane, and very suited to its purpose. The (standardised size) cargo pallets slid off the hydraulic lift and were sent along guide runners until they reached rollers dotted across the floor, then they would be turned into their final position and lashed down. Everything lined up with no wasted space, and freight could be loaded almost to the skin of the aircraft. The pilots had limited space though, mostly the cockpit and a little “kitchenette” behind them. The upside was not having passengers to worry about 🙂

Gosh! It’s starting to sound as if I still miss my days in the freight industry. No wonder I call this blog The Reluctant Retiree 🙂

The amount of wool being put through the “dumping” process in Australia prior to export has shrunk by almost 50 percent in the past decade, reflecting the attractive “back-freight” rates now available in surplus containers being returned to China.

22 thoughts on “My Woolly Memory”